John McCain Resilience and Getting Back on a Horse 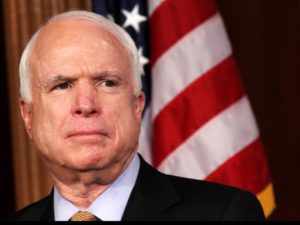 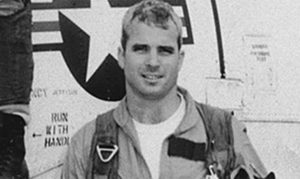 In the obituaries for Senator John McCain, all commented on the courage he needed  to survive 5 years in captivity during the Vietnam War.  Even more courage was required when he refused to be released one year into his imprisonment because he understood it was his father’s appointment as Commander of the Pacific Forces that was driving the offer.  The North Vietnamese believed it would give them leverage.  He rejected the offer and said he would only accept his release when all other prisoners were released. His resilience was present in rejecting the offer because of strong principles, but even more so in surviving the torture of the subsequent years and his own suicide attempts.

That resilience, no doubt supported him in his many subsequent years in politics. It enabled him to speak ‘truth to power’ because of being clear on his values and principles, but it also influenced how he raised his children.

In her eulogy to her father, Meghan McCain said, “I was a small girl, thrown from a horse and crying from a busted collarbone. My dad picked me up. He took me to the doctor, he got me all fixed up. Then he immediately took me back home and made me get back on the same horse. I was furious at him as a child, but how I love him for it now.”  What she loved was that when she got back on the horse she saw the look of pride in his face and his words “nothing is going to break you”.

At a time when much is being said about both the greater need for resilience in a world of uncertainty, and the lack of resilience in children who have been parented to avoid risk or failure, many 21st century parents would not take McCain’s approach. However, what he was doing is what the brain needs to deal with difficulty and distress.  The hippocampus, that part of our brain which lays down memories embeds the memory over time.  The initial fall from the horse will initially be a fragile emotional memory of shock. If the parent responds by telling the child never to get back on a horse because it is dangerous, over time the encoded memory will be one of fear of horses and a deepening of the memory of the fall and the break.  If the parent responds by saying ‘now you are OK, let’s see you back on the horse again’, and celebrates our courage, the fragile memory gets overlaid by the experience of realising it is still enjoyable to ride a horse.

The same holds true beyond childhood. How often we use a single setback, disappointment or downright failure to lay down in our hippocampus the memory that we cannot, or we are not good enough, when if we can get back on the horse that has dismounted us we discover that we can succeed, we can learn to do better and we can deal with disappointment and move on.

So, the challenge to support your resilience  is: