Archive for breaking the taboo of loneliness 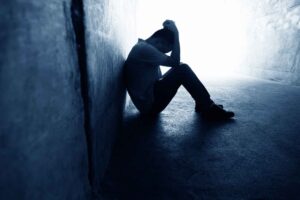 My neighbour is a feisty, independent 80-year-old woman with strong views that give no truck to political correctness.  Our paths crossed rarely, as I was often away working, and I knew she had carers coming in regularly. When COVID arrived, I asked if she needed any shopping as she was not allowing carers into her home.  At first, she demurred, but some instinct made me ask again a few weeks later, and she owned she was missing the glass of Liebfraumilch she had every day with her lunch.  The supermarket delivery people were refusing to deliver alcohol, despite her calling them to complain.  And so started a weekly visit, where I get her shopping  which always starts with the bottles of wine, followed by a doorstep chat.  She was remarkably stoic despite having been grounded since March, but last week I sensed a change. For the first time she spoke of life getting her down, and she asked if I still wanted to do her shopping now that deliveries were easier. As I responded that I would do her shopping for as long as she wanted,  I saw her face relax. For the first time I saw that despite her bravado she is lonely.

Of course, it is no surprise that an 80-year-old with health issues, living alone should be lonely at times,but that denies the reality that loneliness is not the preserve of the old.  It can hit any of us at any time.  Despite this truth it is an issue not openly addressed. To admit to being lonely is to position oneself as sad, anxious, fearful. It can be seen as a source of shame.  To own loneliness is to make oneself vulnerable, but to deny one’s loneliness is to risk one’s mental health and the possibility of connection.

Loneliness is not social isolation. One can be alone and totally happy. Loneliness is when the quality and quantity of social relationships is mismatched with what we desire.  The introverts who have taken lockdown in their stride are helped by needing fewer social contacts, or by being with the people who matter most to them.  Those who have struggled either need more social contact or more meaningful social contact. Multiple stilted Zoom conversations does not do it, when what one really wants is a ‘proper chat’ over a drink with someone one can share one’s inner thoughts with.

We can also be lonely in different ways:

We all feel lonely at times, and recognising it can be a spur to take action and to make efforts to connect. However, when it becomes a longer-term chronic condition it leads us to withdraw from people. The longer our loneliness lasts the more difficult it is to contemplate being with others. The very thing that others would tell you to do, is the last thing you can imagine doing. 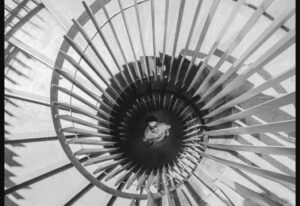 It starts with a situation. It could be as small as an unintended slight or as momentous as a death of someone you love.

What follows are negative thoughts – our inimportance, our unlikeability or perhaps that life is now over.

Those thoughts lead to  actions – the refusal of social invitations, the avoidance of people we thought of as friends.

The action of inaction leads to a magnification of thoughts and feelings.

The behavioural changes  become  reinforced in more avoidance and withdrawal

The outcome is loneliness

The spiral develops without our recognising it, until one day our lives have changed.  We don’t acknowledge the thoughts that triggered the spiral as just passing thoughts, with lots of counter-balancing evidence. Being seen as unlikeable or friendless becomes the only ‘true’ thought. We don’t decide to turn down every invitation because there is a good reason to turn down that after work drink, that party, that catch up – but with every rejection it becomes more difficult to contemplate taking the risk of connecting with others. The more we turn away from others, the harder it becomes to engage and our loneliness increases. As it increases the negative thoughts that started the process are strengthened.

So how to get out of the loneliness spiral?

Research has shown that what affects our responses are two factors:

Am I lonely because I am an unlikeable person, or because I have lost a friend that I gave more attention to than anyone else in my life, so I have reduced my friendship circle?

Am I lonely because no one cares about me in lockdown or because I refuse to engage in the video calls that my family are setting up?

Being able to apply attribution beyond the power or lack of power that we give ourselves allows for more options emerging.

I am lonely because I am single and likely to stay that way.

I am lonely right now because I have moved to a new job in a new town.

I am lonely because I have lost one friendship that meant a lot to me.

Being able to differentiate between what is viewed as permanent and unchangeable, and what is the outcome of a particular situation impacting you at this moment in time, allows for the possibility that things can change.

The obvious solution when feeling lonely is to ‘get our more’, to make connections, but that can feel like the hardest thing in the world to do.

So rather than starting on the outside with action, start by challenging the loneliness spiral. 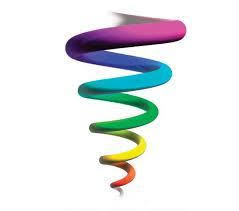 Allowing for the possibility of a different outcome starts with:

Noticing the thoughts and feelings you are carrying, rather than being  unconsciously controlled by them.

Testing – are they the absolute, undeniable truth, or is there any other evidence available to you. Even if there is some truth what else needs to be acknowledged.

Challenge Yourself – are there some other thoughts available to you, that does not mean polar opposite thoughts but thoughts which offer other possibilities.

Notice any Shift in feelings  when you produce alternative thoughts.

Magnify your attention on those new feelings and see if they allow for different behaviours being possible.

Find a Doable Action that follows from the shift in feelings.  An action that is within the boundaries of possibility for you at this time.

The outcome is a Reduction in the sense of loneliness on which you can build.

The power of the upward spiral is not that it asks you to do the things which a self-help book would tell you to do – and which will probably be obvious. Instead, it invites you to expand your lens so that you allow in more thoughts and feelings. When you allow in more data, it allows for the possibility that action is possible. It is then for you to decide the size of the action that is possible for you. Strengthening your loneliness upward spiral is a step by step process which starts with the smallest action you could imagine taking in the service of reducing your social or emotional loneliness. For my neighbour it was allowing me to do her shopping, so we could chat.

If you are feeling lonely right now work through both spirals to explore:

With acknowledgement to The Psychology of Loneliness: Why It Matters and What We Can Do published by the Campaign to End Loneliness.